The Modular Method: Why the Industry is Favoring Modular Construction 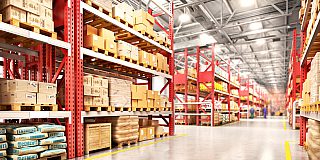 In today's world, there are a great many commercial buildings that take up an unnecessary amount of space, with meandering designs that take ample time to construct. Of course, a certain amount of space is required from any warehouse or office building. However, many of these structures are not efficiently designed, which means that too much capital is wasted during the construction process (without enough return). Some structures even end up costing more money than they should after construction, ownership, and rental costs are put aside due to poor energy efficiency.

Of course, there haven't always been alternatives to the boxy, standard designs seen in warehouses and office buildings. We simply accepted them because we didn't know of any other options. This is no longer the case. Modular offices and warehouse partitioning systems have made it easier for commercial buildings to be constructed and are becoming more and more attractive to clients. If a modular design is not your initial impulse, you may want to take another look at it. There are many advantages to pursuing prefabricated offices and warehouse partitioning systems.

What is a Modular Building?

There are several factors that set a modular or prefabricated building apart from the competition. Essentially, this construction method means that a building is made up of multiple prefabricated, or pre-made, sections. he sections will be constructed and assembled away from the building site, after which they'll be transferred to the site where they will be folded in as part of the finished product. Sometimes, they may be moved in by a crane, depending on the size. The modular sections can be stacked on top of each other, placed side to side, or arranged in a number of other configurations and styles. Inter-connections allow the modules to be connected to each other, which will complete the building. In a way, you could look at modular construction as being somewhat similar to the toys that children play with, which allows them to fit the pieces together. However, they're a far cry from buildings constructed in a more old-fashioned style.

Why Do People Resist Modular Construction?

Surprisingly enough, not everyone supports modular construction. Though you would think that those looking for commercial buildings would prioritize the efficiency that warehouse partitioning systems and prefabricated warehouses offices offer, there is some resistance to the uniformity of modular construction. It is true that, because they are prefabricated, there is a conformity to modular buildings. However, this also means that you can be sure about what you're buying and that there is far less room for error than what you would experience with some other construction methods. Ultimately, choosing against modular construction can be a matter of personal preference, more than practicality.

What Are the Advantages of Modular Construction?

The fact is that there's much less guesswork involved when you create a modular building. You can be sure about what you're getting into, without having to worry about any unknowns. And when it comes to commercial real estate, knowing what you're buying is key.