Why Are So Many Companies Favoring Modular Construction? 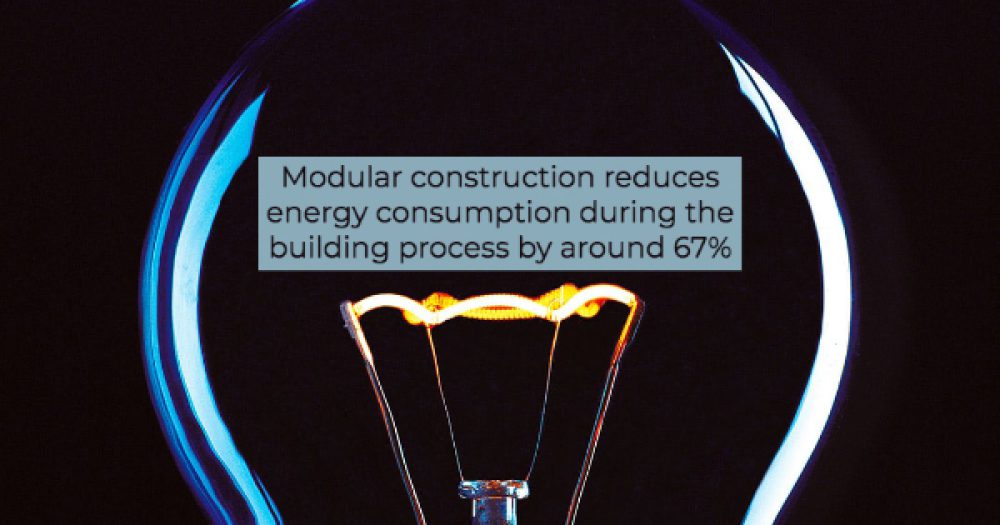 There is an unfortunately negative preconception regarding pre-made construction materials. People have the idea that all builds should be constructed from the ground up, without any level of prefabrication. Even worse, some people believe that prefabricated warehouse office spaces, for example, are made from cheaper materials or that they are poorly put together. However, as you'll probably notice, many companies have started favoring prefabricated warehouse partition systems and warehouse offices.

While you may think that this purely has to do with costs, there are in fact many advantages to relying upon prefabricated spaces, rather than building something "from scratch." These types of spaces can sometimes be referred to as modular offices and they're essentially made ahead of time (or at least made ahead of time in part and then assembled on-site). Below, we're going to get into the many advantages of relying upon these types of materials and why they're often favored when constructing office or warehouse buildings.

Yes, modular construction does save builders money. However, that doesn't mean that spaces created through modular construction are made of "cheap" materials or are of poor quality. Rather, it simply means that prefabricated warehouses offices or partition systems can be ordered as they are supposed to be. There isn't as much guesswork, which undoubtedly saves money and labor for a more cost-efficient project.

Furthermore, these prefabricated materials are essentially identical to one another. There isn't the type of customization that can come into play when a building is created from the ground up, which means that there isn't as much risk of extra fees being tacked on. Certainly, this means that there is a comparative lack of creativity involved. But when you're building warehouse offices rather than a home, does creativity really matter as much as quality and reliability? Modular construction can also lead to money being saved in the long term as well. During the building process itself, energy costs are kept low due to the simple construction process. However, modular construction also reduces energy costs in the long term. Prefabricated warehouse offices ultimately save you money over time, which gives those that ultimately own the offices -- or at least pay for the energy costs associated with them -- another reason to choose modular construction over traditional construction. Keep in mind that though fewer people may be needed to assemble warehouse offices and other spaces derived from modular construction, it remains a thriving industry that employs many.

Another main advantage of modular construction is that it ultimately takes less time to finish a space built through modular construction. You could compare spaces built through modular construction to furniture that comes in pieces ready to be assembled. It just takes less time than building something from the ground up. Furthermore, it allows clients to have a better idea of what their building schedule will be. You'll know that your spaces will be finished by a certain date, whether you're building warehouse offices or something much more complex. Barring any major incidents, there is a building timeline that can be followed. This is another factor that can ultimately lead to costs being cut; the fact is that many projects go over budget because they took more time than what was expected.

There are many reasons why some people assume that spaces built through modular construction are of low quality. However, that could not be further from the truth. The fact is that it takes a long time for buildings to be designed and built from nothing. Prefabricated construction simply takes a lot of the thought of the process, while utilizing many of the same raw materials. Saving money does not equal lost quality. Modular buildings are strong and durable, which means you won't even miss conventional building methods when you utilize this technique.

While prefabricated construction isn't meant for every project, it is an efficient way to create uniform warehouse buildings. Don't overcomplicate a simple process!